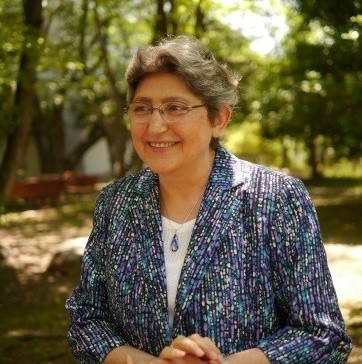 Roumiana Tsenkova received a master degree and Dr. Eng. in Automation from Technical University (TU) Rousse, Bulgaria and Dr. Agr. (2004) from Hokkaido University, Japan. She joined the Automation Department of TU Rousse in 1978 as Assistant Professor. In 1990, she became Associate Professor at the same Department. She began her career in Near Infrared Spectroscopy (NIRS) developing a sensor for disease (mammary gland inflammation) diagnosis under the supervision of Prof. N. I. Kirilin from Moscow Agricultural Academy of Science in Russia. In 1990, after becoming associate professor at the Faculty of Electronics, TU Rousse in Bulgaria, she was awarded the Japanese Monbusho Scholarship for post doctoral studies of sensors for robotic milking at Obihiro University, Japan. Later in 1992, she moved to Hokkaido University in Sapporo, Japan, as researcher to develop NIR technology for Bio-monitoring. After completing her work at Hokkaido University, in 1996 she won a Faculty member position as associate professor of Kobe University where she advanced to tenured professor in 2006.

Since moving to Kobe University, Professor Tsenkova and her team have had numerous interdisciplinary projects financed by the Japanese Government. Her primary area of interest is the use of near infrared spectroscopy (NIRS) and multivariate analyses for bio-diagnosis and bio-monitoring related to functional studies in life science, bio technology and agriculture. Professor Tsenkova was the first ever to apply NIRS for non-invasive disease diagnosis. Recently, she demonstrated, through perturbation NIR spectroscopy of water and bio fluids, a clearer understanding of the relationship between the spectral characteristics of water molecular system and its biological functions. In 2005, at the International Conference of NIRS, she proposed Aquaphotomics as a new scientific filed to study the collective characterization and quantification of pools of water molecules that have the same molecular vibration and translate into structure, function, and dynamics of organisms or aqueous systems.

Roumiana Tsenkova and her work are recognized throughout the world by numerous invited talks, papers, collaborative studies and patents.  She has written more than 120 peer reviewed papers and book chapters. In addition to guiding her undergraduate and graduate research team at Kobe University, Professor Tsenkova teaches Fluid Mechanics (in English and Japanese) and Bio measurement Technology (in Japanese) and since 2015 she is adjacent professor at the Medical Faculty of Keio University in Tokyo.

Professor Tsenkova has received Young Inventors’ World Exhibition Award in Moscow, in 1985, and Inventor’s International Exhibition Award in 1987. She was awarded 15 Japanese and International patents. In 1998, she received the Japanese NIR Advanced Award. For her work on using wavelet spectral transformation for disease diagnosis, she received ICNIRS Award for poster presentation in 1998. In 2002, she received the Near Infrared Buchi Award and, in 2006, the highest award in NIRS, the Tomas Hirschfeld Award for her work on NIRS for Disease Diagnosis and Pathogen Identification and for establishing the Aquaphotomics.