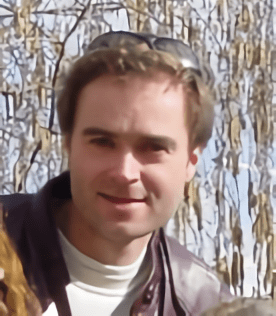 Dr. Pierre Madl, originally trained in electrical engineering and later in electronics, worked in this field as a professional for over 10 years. Intrigued by the phenomenon of life he enrolled as a part-time student at universities in Vienna, Salzburg and Brisbane, which in 2003 earned him an MSc in environmental sciences within a joint academic program between the universities “PLUS” of Salzburg (AUT) and “QUT” (Queensland University of Technology), Brisbane (AUS). He then pursued further academic studies in the field of biophysics at PLUS where received his PhD in 2009. Since then, he is a researcher at the environmental radiation lab at that institution and together with a privately operated lab is in the privileged position to convert his expertise gained at PLUS into real prototypes. His expertise ranges from tropical marine ecosystems (particularly scleractinian corals and marine bioerosion) to environmental aerosols (emissions from anthropogenic sources). Since a decade, he extended his expertise, which includes the study of ultra-weak photon emissions from biota as well as the electrodynamic properties of water and its effects on living systems. He is author of more than 50 papers in international journals, book-chapters as well as giving presentations at international scientific gatherings. He also is associate editor of a scientific journal and participates as a reviewer for many scientific manuscripts. Currently he is in charge of two MSc- and one PhD-thesis.